The Amen‐Ra Institute is an organisation through which the quintessential Afrikan consciousness cosmologies are systematically investigated, diligently studied and generously shared. The Institute interfaces the timeless knowledge systems of the Hapi or Nile River Valley with emerging sciences and other knowledge fields. The focus is particularly on Ta-ui (Kemet), Ta-Nehisi (Kushite) and Ta-Neter (Azania) or ancient Egypt, Sudan-Ethiopia and Central-Southern Afrika respectively. These including the timeless wisdoms of the ‘aBa‐Ntu’ nations of Azania, the Congo Basic, East and West Afrikan Empires. We also meticulously explore ancient civilisations that were established by Afrikans of antiquity in ancient Sumer, Indus Kush, Canaan, China, etc.

We adventurously traverse the maze-like mysteries of our beloved heritage and cultures, beyond mere, yet rich unspoken histories. We uncompromisingly employ the ‘tep hesb’ approaches or  the ‘correct, systematic and scientific methods’ in the investigation, application and imparting of intricate knowledge fields; while discouraging unfounded superstitions, baseless beliefs and blind faith. Our conviction firmly rests the ‘pert em’ or science emergence, which beacons us to fearlessly explore the unknown, so we may co-create the knowledge-based future we would like our descendants to live in.

The Amen-Ra Institute is unapologetically Pan-Afrikan and Afro-Futuristic in espousing its programmes just as the ‘once-upon-a-time’ discoverers of primal-physics laws on nature and builders of civilisation were. We are ultra-technical as our innovative ancestors like Master-Scientist ‘Aim-Hetep’, Lady Physician ‘Merit-Ptah’, Master-Mathematician ‘Ah-Mes’, and the original Ba-Ntu Arch-Healers ‘Nkomo weLwandle’ and ‘Dunga-Manzi’ demonstrated. These ancient meta-scientists of pre-historic Azania, Kerma, Napata, and 3rd and 4th dynasty Kemet left us examples to emulated as were are the reincarnated soul living from those times. Our commitment is therefore ‘rooted from our Afrikan roots’, and as a result we embrace what is today label as quantum physics, psycho-biology, genetics, astro-archeology, etc. We aspire to usher in ever-fresh blueprints that are inherently harmonious with cosmic principles; for the rise of an ever-evolving sacred being; capable of creating thriving societies for the sake and benefit of the whole.

The Vision of the Amen‐Ra Institute is to systematically investigate (exoteric and esoteric research) Afrika’s timeless sciences of consciousness for the perpetual emergence of  a Free ‘uMuntu’, i.e, an authentic, prosperous and self-actualised being.

Our Mission is to facilitate pragmatic application of Afrika’s timeless and ageless knowledge systems for the holistic development of flourishing societies. 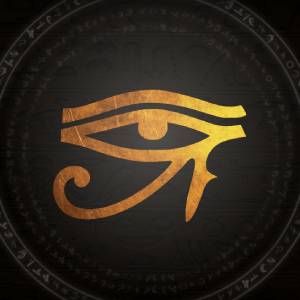 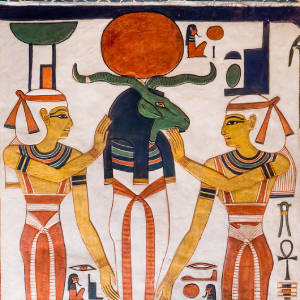 Aunkh is a Medical Natural Scientist, an initiated African Medicine Practitioner and Infectious Diseases Epidemiologist. He is the founder of the Amen-Ra Institute and Infinite Earth, whose objectives are to restore Afrikan sciences of consciousness and healthcare systems, respectively. His reason for existence is total commitment to serving life; through sharing Kushite-Kemetic (Nile Valley) and iSi-Ntu knowledge-systems, cosmologies, meditation techniques, initiatory wisdom teachings, martial and healing arts. His core priority is in the practical application of research findings for systems development, Afro-Futuristic strategic innovation, entrepreneurship and socio-economic beneficiation of knowledge.

He is the current Director of the South African Indigenous Knowledge-Based Technology Innovation at the National Department Science and Innovation. He is the creator of the uBu-Ntu-Based Bio-Innovation Model, used in mainstreaming research and innovation of Afrikan Scientific Knowledge Systems for proprietary natural-medicinal product development. He currently serves as the International Guest Professor at the Beijing University of Chinese Medicine. He is also a member and consultant to several high-level local and international organisations (AU, WHO-AFRO, BRICS); and travels the world giving lectures, facilitating workshops, and leading research missions, e.g. in Egypt, China, USA, India, Switzerland, Brazil, Angola, New Zealand, Japan, Senegal, Jamaica, Kenya, Italy, Indonesia, Mexico, etc.

A Pan-Africanist at heart, and an initiate in both the Kushite-Kemetic (Ausarian and Ra Systems) and iSi-Ntu Sacred Systems of Azania as an Inyanga-Sangoma. He has successfully systematised the long-lost High-Pantheon of aMathongo or High-Archetypes of NTU, which have direct correspondences to those of the Nile Valley and other Afrikan cosmologies – according to his Tsonga-Swati-Nguni and Nzau ageless cultures and lineages. He has been teaching the Timeless Kushite-Kemetic and Ageless iSi-Ntu Quantum-Cosmologies, medical science, technology innovation, African indigenous knowledge systems, meditation systems, medical Qi Gong (Kung-Fu) and Afrikan initiatory processes for over fifteen years.

He is an Afro-Futurist, totally committed to the development of Afrika and all indigenous knowledge holding nations of the world. Early in his professional life, he worked as Laboratory Technician and Lecturer in Medical and Pharmaceutical Microbiology at the University of Limpopo. He also worked as Junior Scientist at the South African Medical Research Council, mainly in reproductive, sexual and urban health sectors. He later served as the Deputy Director-Medical Natural Scientist in the Tuberculosis Control Programme, Health Systems Research, Epidemiology, and Communicable Disease Control Directorates of the National Department of Health.

He was the World Health Organisation (WHO) Focal Point for Integrated Disease Surveillance, Epidemic Preparedness and Response, after completing WHO-University of Nairobi Fellowship Programme in Applied Epidemiology in Kenya, East Afrika. As a Afro-Futurist, he  has led teams that developed policy guidelines, curriculum and published on infectious diseases like Covid-19, cholera, Severe Acute Respiratory Syndrome, medical cosmology, bio-economy and African indigenous knowledge systems. 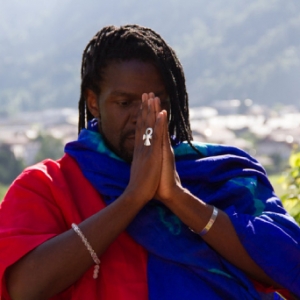