Everything, without exception, is allocate its own place within the element of time-space. So, Eternal Time or iSikhathi in some of the Nguni languages, is an eternal aspect of the Ntu of the aBa-Ntu or Neb-Er-Tcher of ancient Kush and Kemet. It exists as the complementary polarity in its form as Infinite Space, or uMkhathi. Therefore, Time-Space is an indestructible cosmic element that expresses itself both at quantum and cosmic levels. Ancient Afrikan sage-scholars diligently studied both the sub-atomic and celestial energetic aspects of time-space over millennia, and they mastered the science of what we today know as astrophysics and astronomy. These scientists of antiquity were proficient stargazers, and they chronicled the relationship between celestial bodies and worldly events, including the influence of constellation and planetary systems on our bio-physical energetic fields and psycho-spiritual proclivities.

Inspired by their high knowledge of astronomy, they invented sophisticated time-chronicling devices and calendars that were used for a myriad of practical applications, like education, governance, commerce, agriculture, including, royal celebrations, and special spiritual festivals like Heb-Nen (solstices, equinoxes, new moon and full moon rituals). Of most importance was the development of sidereal, lunar and solar systems-based calendars that were used for cultivation of personal and collective consciousness including further development of mathematical, medical and architectural sciences.

Experts amongst them were Royal Astronomers and Celestial Watchers, like I-em-Hetep, who was one of Vanguards of the Kemetic Way of Life; in his capacity as the Chancellor of the Ra (Iunnu) and Ptah (Men-Nefer) University-Temple Complexes. This is evident in numerous monuments on which they systematically and scientifically documented celestial sciences, for example in the Great Pyramid of Khnum Khufu, Zodiacs of the Temple of Hetheru, the Ausarion and several Books of the Underworld in Royal Tombs. 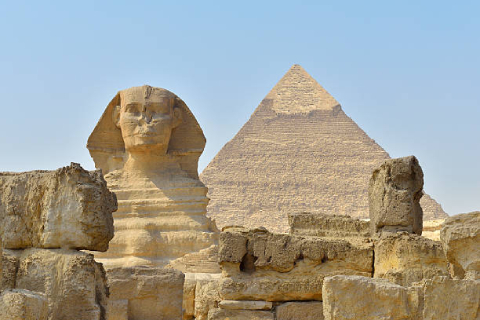 Outline of the Series

It was through the observation of star systems that the ancients developed and implemented ‘Sciences of Life’ and discovered ‘Natural Laws of Cycles’ as decreed by concept of Ma’at. or uBu-Ntu. This systematic programme on the science of astronomy, time, clocks and calendars from the ancient Kushite-Kemetic perspective will introduce participants to the following:

Join The Programme Back To Programmes
Scroll to top