Contrary to popular belief, the iSi-Ntu speaking people still possess hidden, unspoken and at times, forbidden knowledge systems that informed the establishment of Afrikan civilisations of antiquity. It is therefore essential to align Afrikan knowledge systems with emerging micro and macro-sciences, i.e., quantum physics, astro-cosmology and epigenetics, etc for the construction of the new worlds. The iSi-Ntu Quantum-Cosmology Series seeks to reveal the long-lost high knowledge systems of aBa-Ntu nations; as opposed to redundant belief, obsoletes rituals and aimless superstitions. Here we meet the Dogons, Nguni, Bambara, Yoruba, etc sciences of consciousness, soul and spirit.

The Series seeks to reveal the ageless knowledge systems and therefore a deeper exploration iSi-Ntu concepts of the self-created Source-Cosmos. It will be demonstrated that we are but fractals of the primordial whole, which is key for one on the path self-knowledge. The physics of the living entity, commonly known as the anatomy of the soul, spirit, or/and mind as it relates to aMathongo (and how they are differentiated from aMadlozi) will be expounded on.

We shall introduce advanced iSi-Ntu wisdom teachings of the Dogon and Bambara Hierophants of West Afrika. This series will traverse Central Afrika and reveal Cosmologies of the Congo and related nations of the region. Finally, we shall visit the Nguni-iSi-Ntu Quantum-Cosmologies of Azania, as discovered by Bona aBa-Khulu Base-Khemu. The cosmologies of these regions will be compared with those of North-Eastern Afrika, i.e. ancient Taui and Ta-Nehisi in particular.

What are the consciousness and spiritual practices of the Children of NTU? The secrets rest in the teaching of the various ancient civilisations that were born and nourished in various Afrikan River Valley Civilisations. The Ageless iSi-NTU Quantum-Cosmology surgically demonstrates that iSi-Ntu speaking people developed high level consciousness practices beyond what is commonly taunted as mysticism, metaphysics, superstitions and mystery schools. We shall not only expose that beyond these ‘mystery, mystical and metaphysical’ teachings of Afrika is real and true reality. Most importantly we expose the secret teachings that are essential for the emergence of an uMu-Ntu, a being that is content, prosperity, and good health. 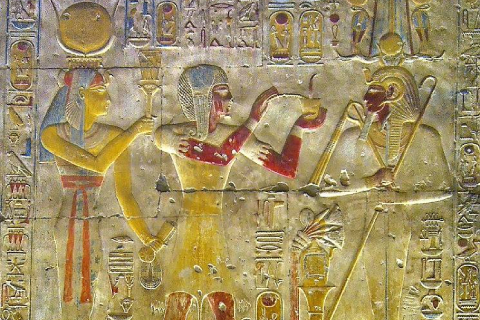 Outline of the Series

In addition to Dogon and Congo Cosmologies, the core of this series will be on the teachings of Bona aBa-Khulu Base-Khemu, the Elder Ancient Hierophants of Kemet, which hold the pinnacle Science of Consciousness for Afrikans in modern times. The series will revisit key aspects of “Know Thy-Self” but focus on the following:

Join The Programme Back To Programmes
Scroll to top